Foley football’s past and present 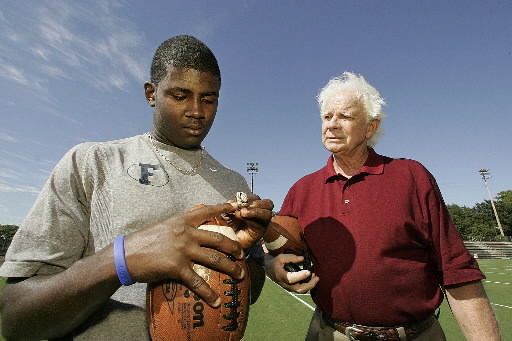 A meeting of Lions

FOLEY, ALA. — On this afternoon, it wasn’t about records or numbers. It was about Foley High School’s past and present—two No. 12s, meeting for the first time on their own home turf.

Current Foley quarterback Roosevelt Byrd and Ken “Snake” Stabler, who held that position from 1961 to 1963, tossed a few spirals back and forth on the freshly chalked field at Ivan Jones Stadium, then talked football in the very same locker room that Stabler once used. END_OF_DOCUMENT_TOKEN_TO_BE_REPLACED 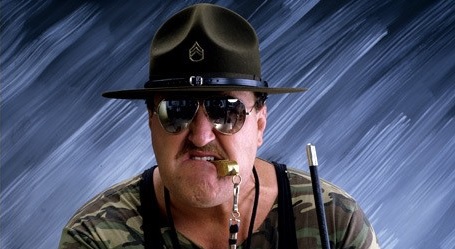 MOBILE, ALA. — So there I was, perched high above Hank Aaron Stadium in the Mobile BayBears’ press box.

It was a Wednesday night, the Fourth of July, and my first Double-A baseball game as a Press-Register reporter was taking forever to finish.

All I could think about was my fast-approaching deadline when in walked a familiar face: Sgt. Slaughter.

The pro wrestling superstar who once battled the Iron Sheik and headlined Wrestlemania XII against Hulk Hogan pulled up the seat next to mine.

END_OF_DOCUMENT_TOKEN_TO_BE_REPLACED 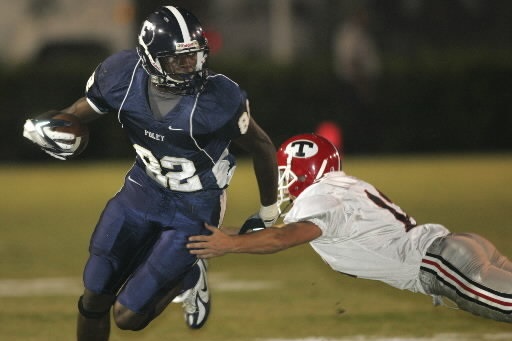 FOLEY, ALA. — When Foley’s Julio Jones steps onto the football field, try not to look away. You don’t want to miss something special.

Whether it’s awe-inspired fans in the stands, baffled defensive coordinators trying desperately to rein in the Lions’ talented wide receiver, or a growing number of college scouts and recruiting analysts, it seems all eyes are on the 6-foot-4, 205-pound junior these days.

“He’s a playmaker. He makes things happen,” said Foley quarterback Roosevelt Byrd, who last week hooked up with Jones 10 times for 143 yards and a touchdown in Foley’s 36-14 drubbing of Murphy in a battle of top-10 teams.

Following a stellar sophomore season in which he caught 51 passes for 805 yards and eight scores—and an offseason in which he stole the show at virtually every camp, clinic and 7-on-7 tournament he attended—Jones is being hailed as one of 2008’s top college prospects in the country.

Bryan Matthews of AuburnSports.com wrote, “While there’s still debate over who the top football prospect in the state of Alabama is for ’07, the early discussion over the state’s top recruit for 2008 begins and ends with Foley wide receiver Julio Jones.” END_OF_DOCUMENT_TOKEN_TO_BE_REPLACED

Can a camo Alabama hat get you a date? 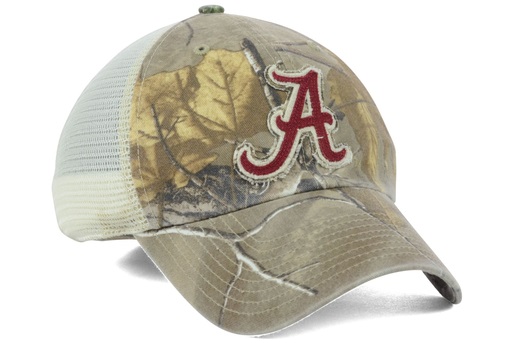 A view from the top

MOBILE, ALA. — Hey Auburn fans, want to know how the other side lives? What about the Alabama people out there—ever wonder what it’s like to rock the orange and blue?

If so, then I’ve got a story for you.

I recently spent a couple of months submerged in undercover work so dangerous I often feared for my safety. It was investigative journalism at its very best. Newspaper reporting not for the faint of heart.

The premise: Would people treat me differently if I sported an Alabama hat or an Auburn hat?

In a word: absolutely. END_OF_DOCUMENT_TOKEN_TO_BE_REPLACED 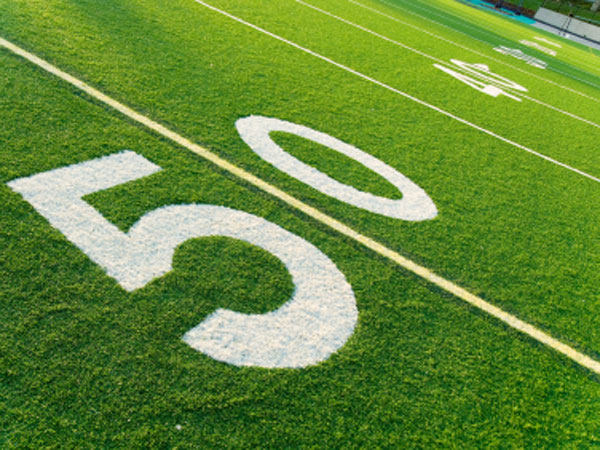 ELBERTA, ALA. – When the NFL’s turf-management team first inspected the Georgia-grown sod that was to blanket the field at Miami’s Dolphin Stadium on Super Bowl Sunday, south Baldwin grass grower Eddie Woerner made sure his cell phone was fully charged.

The call he anticipated came later that day. A change was being made. It was January 18—less than three weeks before the big game.

“Eddie,” the NFL official said, “can you start Monday morning?” Woerner shot back: “Sir, we’ll be finished by Sunday morning.”

By daybreak that Friday, a roll of Woerner’s best turf—developed by Elberta-based Southern Turf Nurseries and grown at two of its four worldwide locations, which include farms in Alabama, Florida, Georgia and Chile—was being laid every three minutes.

By noon, the field was done and ready for painting, and by mid-afternoon that Saturday everything was in place. END_OF_DOCUMENT_TOKEN_TO_BE_REPLACED 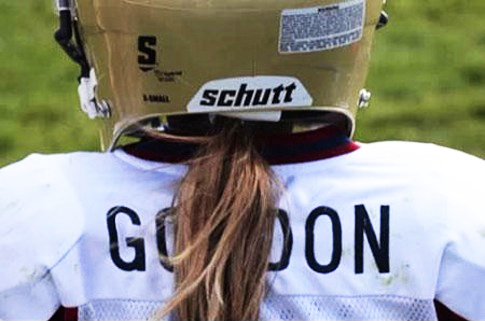 ELBERTA, ALA. – First-year Elberta Middle School football coach Adam Crandall saw nothing out of the ordinary the first time he glanced over the Raiders’ roster.

Nothing but the names of 44 boys planning to get down and dirty on the football field in the coming months. Anthony, Andrew, Justin and Josh all sounded like heavy-hitters to him, and he could already envision Steven, Sean, Ryan and Wesley making great plays to win the big game.

Then he saw it.

A name not usually associated with football.

Abby, he thought, is a very interesting name for a boy.

“They asked me in my interview what I thought about girls playing football,” said Crandall. “I told them I didn’t have any problems with it. They never said they had a girl playing, though. I just saw the roster and there she was.”

Abby Brock is not your typical seventh-grader, and Brittne Wheatley isn’t your typical eighth-grader. Why? Because both played football—a sport made for and dominated exclusively by men—and they both played it well. END_OF_DOCUMENT_TOKEN_TO_BE_REPLACED 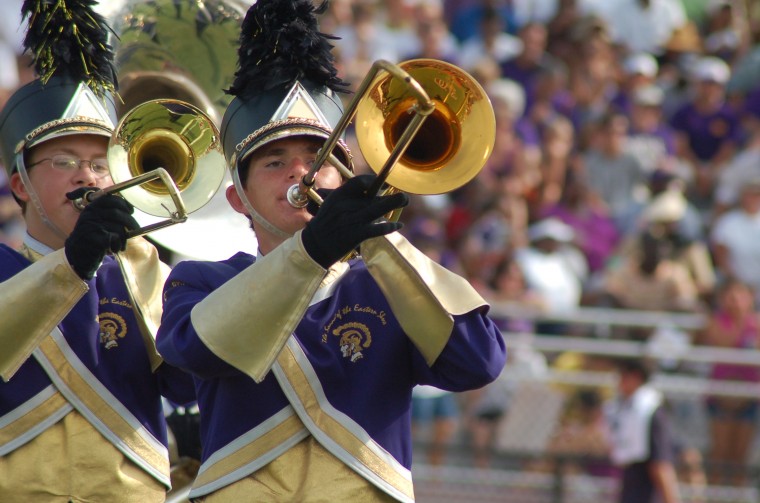 FOLEY, ALA. — There’s 4:56 left in the second quarter and your team just kept a scoreless game scoreless by turning it over for the third time.

Not into it yet? Strike up the band.

Now there’s just 15 seconds left in a tie game and your team is playing defense deep in its own territory. Stop them here and you’re headed to overtime. Give up a last-second score and it’s all she wrote.

Need an extra boost? Strike up the band.

Whether they’re rocking out to Quiet Riot’s “Bang Your Head” during the halftime show or queuing up the fight song just after a big game, the high school marching band can make a big difference on Friday nights.

Can you imagine what it would be like without the band? They are just as much a part of the Friday night experience as uncomfortable seats, spunky cheerleaders and dill pickles on a stick. END_OF_DOCUMENT_TOKEN_TO_BE_REPLACED

Lean years for the Lions

Foley’s athletic teams have fallen on hard times—what’s the cause, and what’s the cure?

FOLEY, ALA. — Michael Ebert stood in the visitor’s dugout at Daphne High School late in a 1999 baseball game, watching intently as his Foley team clung to a fragile one-run lead. It was his second year as the Lions’ baseball coach, and one of his first trips to Daphne’s state-of-the-art diamond facility.

“I was standing there looking around and it just kind of hit me,” said Ebert. “I mean, everything is the best you can buy. They’ve got indoor batting cages, a locker room built into their dugout, names on the back of their jerseys, matching bat bags and state championships everywhere.

“Then I look in their dugout, and the head coach had just won a state championship in Georgia on a team that was ranked in the top 10 in the nation. The assistant coach had won two state championships as a head coach, you had Bernie Carbo in there, who was an ex-professional baseball player, you had another guy who was just the head coach at LeFlore, and you had a kid from the University of Mobile who had just graduated and was helping out.

“I said to myself ‘There’s five guys in that dugout that know more about baseball than I do.’ But it was a 5-4 game and we were winning.”

Unfortunately for the Lions, Daphne stormed back to steal a 6-5 victory that helped steamroll Foley’s chances of making the playoffs later that year. Such is the status quo at Foley High School, where the odds have been stacked sky-high against an athletic program that was once a showcase of stability and success in Southwest Alabama. END_OF_DOCUMENT_TOKEN_TO_BE_REPLACED

Going to your rival’s game in another state 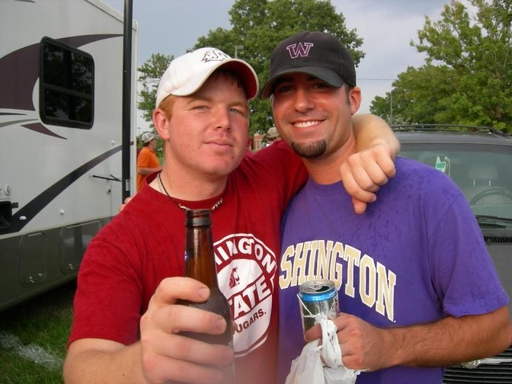 AUBURN, ALA. — This is the story of a Washington Husky all alone in the Heart of Dixie. A tale of two heated rivals sharing Jell-O shots in a foreign land.

I was fortunate enough to attend four Auburn games this year, including the Iron Bowl in Tuscaloosa. Each game was unique in its own crazy way, but one stands out as a game I will never, ever forget.

This wasn’t much of a contest for most Tiger fans, as Auburn stomped the Cougars 40-14 on ESPN2. For many in attendance, it was merely the beginning of another successful season.

For me, it was one of the best games I’ve ever been to. I’d stack it right up there with Saints-Falcons last year on Monday Night Football and the 2001 Rose Bowl, in which Washington engulfed Drew Brees and the Purdue Boilermakers, 34-24.

What made it so great, you ask? END_OF_DOCUMENT_TOKEN_TO_BE_REPLACED 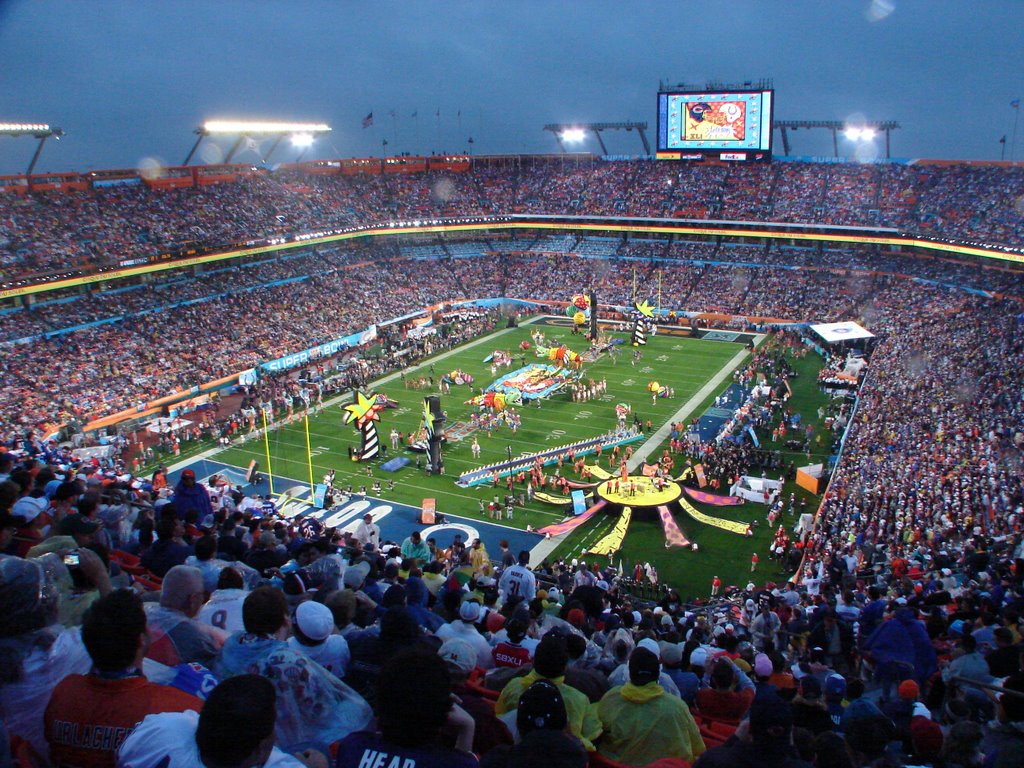 ELBERTA, ALA. – Eddie Woerner, the south Baldwin grass grower who supplied to sod for Super Bowl XLI in Miami, didn’t even get a ticket to the big game. He went anyway and had the time of his life.

“I’m starting to come back down to earth,” Woerner said with a chuckle.

Three weeks before kickoff, the game’s original turf was deemed too wet for play and Woerner’s Elberta-based Southern Turf Nurseries swooped in to patch things up. Some might say Woerner saved the day, but for whatever reason he was left to fend for himself on Super Bowl Sunday.

But he wasn’t. The man didn’t even score an invite.

Foley likes having a Byrd in the hand FOLEY, ALA. — The Foley Lions have been reborn, and Roosevelt Byrd is a big reason why.

Just four games into the season, the Lions’ junior quarterback has thrown for 762 yards and 10 touchdowns while leading Foley to its first 4-0 start since 1995. He’s also rushed for 160 yards and five touchdowns, orchestrating the Lions’ new-look, high-powered offense with stunning proficiency.

Not bad for someone who once figured he would end up in jail.

When Byrd was an 8-year-old growing up in the Daphne area, he said his father was shot and killed after trying to buy drugs with counterfeit money. Byrd said his mother was constantly down on her luck and was of little help to her four children. END_OF_DOCUMENT_TOKEN_TO_BE_REPLACED