I was immediately blown away by the PlayStation’s graphics and potential. Every new game I picked up was better than the last, and it was exciting to watch how much video games were starting to push the limits of storytelling and depth. I’ve long said that I like gaming because the great stories are like interactive books. That mindset was born in the PlayStation era. Here are my top 10 favorite games on the PS1.

Hands down, this is still the coolest game I’ve ever played. If the Nintendo was defined by Mario and the Genesis was defined by Sonic, the PS1 was Solid Snake’s. I think I paid for this game with dollar bills and coins I saved up for months, and by the end of the opening scene I was convinced gaming had taken the next step. It was like playing an Arnold movie.

I had never played an RPG and had no idea what to expect. But the hype for FF7 was so huge I decided to pick it up mostly out of curiosity. I probably couldn’t have been more impressed. FF7 to this day is the most compelling experience I’ve had with a game, and it was the first time I used the Internet to find hidden secrets and complete side quests, which was addicting.

The rival Nintendo 64 had Wave Race, and Jet Moto always got knocked as a poor man’s Wave Race. But this game was legit. I sunk hours into this one, learning every curve and the perfect spots to use my turbo boosts. Even now, I know I could be competitive in a Jet Moto tournament. I knew the courses that well. I rarely lost races to my friends.

When I got the PlayStation for Christmas one year, it came with a subscription to GamePro magazine. Resident Evil 2 was the first cover story in the mag that I immediately went, “Yep, I’m gonna get that one.” Zombies weren’t mainstream until RE2 came along. There are still scenes from this game that I remember scaring me, and the creepy soundtrack was fantastic.

Compared to Silent Hill, the Resident Evil series is like a Saturday morning cartoon. I loved RE2 because it was intense, but I couldn’t shake Silent Hill because it was freaky. Gruesome bad guys and lots of atmosphere, that’s what I remember most. The fog was super scary because you couldn’t even see the bad guys coming at you until it was too late. Crazy game.

Adventure games used to look a lot like Mario did on the NES. Platforming wasn’t even a genre until Tomb Raider made its mark. I was a little late to the PlayStation party so I missed the first game, but Tomb Raider II was sweet. Wielding Lara’s double pistols was fun because they never ran out of bullets, and the locales were exciting and just tough enough.

NBA Live 98 was the first basketball game I had that looked amazing. The player graphics were so smooth. Almost 20 years later I can still remember a few buzzer-beaters I had, and one of my favorite video game sports seasons ever was a year I lost in the first round of the playoffs. My team was so-so and losing was realistic. I liked that a lot. 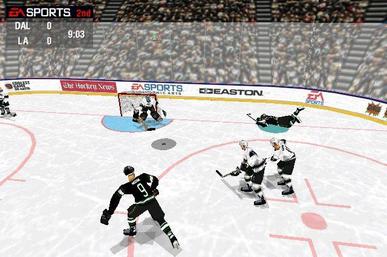 I didn’t play much of the NHL games on the Genesis, so NHL 98 was my real introduction to the series. I think I got this game on the cheap, but I was hooked. It was so much faster than any sports game I’d played, and I loved the one-timers. Setting up my offense to smack a one-timer past the goalie was a rush every single time.

Yes, Jet Moto 2 was more of the same. But it was still so cool. New tracks, new power ups, and the Heaven and Hell level was amazing. Seriously, watch this video and tell me that’s not great level design. I had so much fun playing Jet Moto games, and when the sequel came out it was just another reason to keep playing. I’ll always love this series.

I played a lot of football games on the PlayStation, but GameBreaker was my favorite. I was still a college football nerd and suiting up for a dynasty run as the Washington Huskies was every bit as awesome as I wanted it to be. I was actually playing this game on Sept. 11, 2001 when a college roommate came in and told me what was happening.