The PlayStation 2 was the console I had throughout college, so a lot of these games bring back memories of great times with friends and even particular people. I had a lot of roommates, and most of the time games were just something that was happening in the background. The PS2 also delivered some of the most amazing storylines in gaming history.

This is my favorite ending of any video game. The whole experience, from opening scene to the last reveal, was super intense. I couldn’t put it down and was constantly thinking about what could happen next. The fact you are actually the killer was a well-kept secret, and the moment it all sunk in was a jaw-dropper that stuck with me for days after.

Vice City was borderline perfect. Ray Liotta voiced the main character, and the whole thing was a crazy spoof of 1980s Miami Vice. This was the first game I played to 100% completion, and maybe my all-time favorite gaming moment is cruising around on a boat listening on the radio to REO Speedwagon’s “Keep On Loving You.” Beautiful stuff. 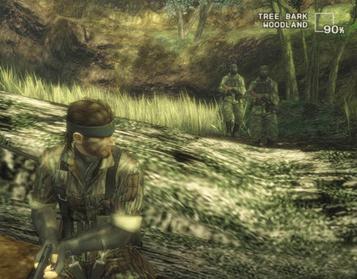 This is my favorite Metal Gear game, by far. The first one I played on the PS1 was a game-changer, but Snake Eater put it all together. Metal Gear games always had the best boss fights, but this game did everything else well, too. It was super cool sneaking around in the woods, changing outfits to blend in with the surroundings.

Yep, that’s me with Goofy and Donald Duck. When I first got this game, a bunch of my friends made fun of me. But it turned out to be a great one. The story took you to different Disney locations like Never Never Land, and in each level you partnered with characters like Alice and Peter Pan. The boss fights against Ursula and Maleficent were incredible.

I love golf and I love golf games. The Tiger Woods series was always strong, but this is my favorite entry. It was a great way to pass time on weeknights with my roommate. We’d fire up a game and have some epic battles. I still remember the round I birdied every hole to shoot 18-under par. Funny how that stuff sticks with you. I was pretty stoked.

There’s a good chance this game defines my college career along with NFL Blitz on the Nintendo 64. I kind of stumbled onto this one, too, when I first got my PS2. I had no idea it was going to be so good, and I never would have guessed the amount of time my friends would spend playing head-to-head. For those in the know, 40 Street was legendary.

I played this game with a friend of mine for about two years straight. We didn’t play anything else. He would always be the Cleveland Cavaliers with a young LeBron James, and I would always be the Sonics with Ray Allen. He won every time, until I put Marcus Camby on the Sonics at center. Once that happened, we were 50-50 on wins and had a great rivalry.

Another game I just kind of stumble into, but wow what a find. Anyone my age who grew up watching Top Gun always wanted a great fighter pilot game. For some reason, though, this wasn’t a popular genre. Ace Combat 4 was incredible. It put you in the pilot’s seat for some of the most intense gameplay ever. My only complaint: no two-player action.

This game was gorgeous. The actual gameplay was pretty good and the storyline was pretty good, but God of War games make their money on graphics. From battling gigantic marble statues to ripping the eyes out of a cyclops, this was a powerhouse action game full of ridiculous set pieces. Still one of the most impressive games I’ve seen.

Instead of going through a regular dynasty, I played as the Cleveland Indians and created all of the guys from Major League. Jake Taylor was my catcher. Willie Mays Hayes was my lead-off man. Pedro Cerrano was my slugger. It was suh-weet. But I had to trade Wild Thing Rick Vaughn because he only had a fastball and always got shelled.